In the early years Towamencin Township received police service from the Pennsylvania State Police and later from the Upper Gwynedd Township Police Department. In response to a growing community the Towamencin Township Board of Supervisors authorized the formation of its own township force on January 1, 1975 under the command of the first Chief of Police, Jack D. Rearick. The department was started with a chief of police, 6 officers and 1 clerk. In 1977 Joseph Kirschner was appointed Chief of Police.

Over the years, the police department continued to grow with the community, as did the need for more specialized services. In 1982 the Department became one of the charter members of the North Penn Area Tactical Response Team. In 1983 the first Detective Unit was formed, and in 1984 the Traffic Safety Unit was organized. Other special functions and services were started to address the changing needs of the community including bicycle patrol, a School Resource Officer Program, and the T.E.A.M. drug and alcohol prevention program in the township elementary schools.

From 1975 until 2001 the police department was located at 1655 Sumneytown Pike in Kulpsville. In April 2001 the department moved into a new modern police facility located in the Towamencin Township Municipal Center at 1090 Troxel Road.

But, not much has changed since the early years. Just like in 1975, a partnership with the community and quality police service is most important, not technology or equipment. The men and women of the Towamencin Township Police Department look upon our duty as a privilege, and we are dedicated to continue to do so every day. 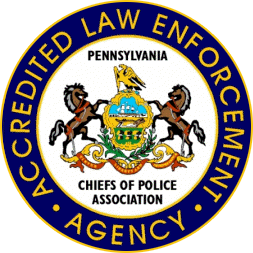